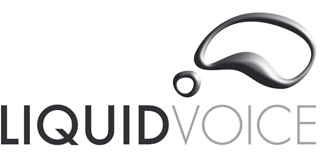 PRESS RELEASE: CallMiner, the leader in speech and customer engagement analytics solutions, and Cloud9 Business Analytics, a leading provider of cloud-based Workforce Optimisation solutions announces a strategic partnership to bring robust cloud-based enterprise speech analytics to small and midsized businesses (SMBs) in the UK. With the support of over 20 languages and dialects, CallMiner Eureka will also allow the partnership to expand to other European markets. END_OF_DOCUMENT_TOKEN_TO_BE_REPLACED

PRESS RELEASE: AMC Technology has announced an addition to its Contact Canvas™ platform, Omni-Channel for Dynamics CRM, will be available late fall of 2016. AMC’s Omni-Channel supports routing of standard, custom, and even third party entities to agents based on work item priority and agent availability. END_OF_DOCUMENT_TOKEN_TO_BE_REPLACED

BLOG: by Ryan Curtis, lead software engineer for Interactive Intelligence… At Interactive Intelligence, we aim to be on the forefront of new technologies by considering if and how we can use them. Our CEO Don Brown suggested last December that he was very interested in VR technology so I immediately began considering how we might make use of it, and a few ideas came to mind. END_OF_DOCUMENT_TOKEN_TO_BE_REPLACED

PRESS RELEASE: Sonus Networks and inContact announced that inContact has selected the Sonus SBC 7000 Session Border Controller (SBC) to handle the growing amount of voice traffic across its global cloud network. With the SBC 7000’s market-leading scale, inContact is able to break the traditional stacking methodology of small capacity SBCs and scale up to 150,000 sessions via simple software licenses, increasing time-to-market while reducing operating expenses. END_OF_DOCUMENT_TOKEN_TO_BE_REPLACED

PRESS RELEASE: Xura announced the completion of its acquisition by affiliates of Siris Capital Group, LLC (“Siris” or “Siris Capital”) in a transaction reflecting an equity value of approximately $643 million. The transaction, which was initially announced on May 23, 2016, was approved by a majority of Xura’s shareholders on August 16, 2016. In connection with the closing of the transaction, the company, which will continue to operate as Xura Inc., will be wholly owned by affiliates of Siris Capital. END_OF_DOCUMENT_TOKEN_TO_BE_REPLACED

PRESS RELEASE: Centricient, the software company that is re-imagining customer service for a mobile world, announces the closing of a $6.5 million round of financing led by Venrock and followed by Next Frontier Capital. Nick Beim of Venrock will join the company’s board. The company is also announcing the first release of Centricient Messaging and a partnership with Helix Business Solutions (http://helix.solutions). END_OF_DOCUMENT_TOKEN_TO_BE_REPLACED