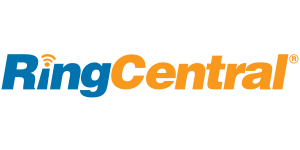 “We delivered another great quarter of results driven by strength in our mid-market and enterprise segments, as well as breakout growth from our channel partners,” said Vlad Shmunis, RingCentral’s Chairman and CEO. “The struggles of legacy on-premise system vendors are becoming well documented. At the same time, cloud based solutions are gaining acceptance and RingCentral is increasing its market share. Put simply, cloud is winning and RingCentral is winning in the cloud.”

Financial Results for the Second Quarter 2017

As of January 1, 2017, RingCentral transitioned from an agency model to a direct phone sales model, under which RingCentral will be recognizing the full sale price and cost of the product instead of receiving a commission for phone sales. Adjusting for the new direct model on a comparable basis, total revenue grew 27% year over year and the total gross margin would have been 1.4% higher year over year.

• Net Income (Loss) Per Share: GAAP net loss per share was ($0.09) for the second quarter of 2017 compared with ($0.11) for the second quarter of 2016. Non-GAAP net income per diluted share was $0.04 for the second quarter of 2017, compared with $0.02 per diluted share for the second quarter of 2016.
• Balance Sheet: Total cash and cash equivalents at the end of the second quarter of 2017 was $167.0 million, compared with $149.7 million at the end of the first quarter of 2017.
Recent Business Highlights
• Recognized by Synergy Research Group, an independent market research firm, as the #1 worldwide market share leader in both revenue and subscriber seats for Unified Communications as a Service (UCaaS).
• Recognized as a market leader by IHS Markit in the 2017 North American UCaaS Scorecard.
• Signed seven customer accounts which each have total contract value (TCV) of seven digits, including ChenMed and ExtraSpace Storage.
• Expanded TELUS’ cloud communications portfolio for Canadian businesses with the introduction of TELUS Business Connect Mobile which makes the features of an enterprise-grade PBX phone system available on smartphones and tablets.
• Released RingCentral Live Reports which enables RingCentral Office customers to monitor in real time the service quality being delivered to their customers.
• Launched Business Multimedia Messaging Service (MMS) capabilities enabling customers to send and receive images and multimedia files from their RingCentral business numbers. This capability is unique among our largest competitors.
• Expanded RingCentral ConnectTM open platform with new integrations including Microsoft Dynamics and additional integrations with G Suite.