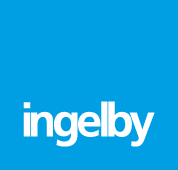 TalkTalk wanted to transform the experience of its user community, recognising that their help and experience was at the heart of its digital strategy for all customers. After focus groups and gathering data it decided it wanted to “provide its customers with an easy to use, vibrant, visually appealing, next generation, P2P support experience, accessible to everyone, anywhere on any device”.

Its existing community hub was dated and wasn’t easy to read on a mobile. It was difficult for visitors to navigate and convert into members – and for members to update profiles and generally show what they could offer. There was also no way to reward ‘super users’ or those that went the extra mile in helping other customers solve their issues.

At the same time, TalkTalk’s brand identity was also being reinvented – although this was good news as it was a chance to bring a new personality the community, it also presented a new challenge. There were now just six weeks to design, build, test and launch a new community.

So TalkTalk was looking for a mobile first design that was both aesthetically pleasing but also incredibly functional.

With Ingelby’s guidance, TalkTalk decided it wanted to create a unique community experience. The existing community needed more than just a ‘lick of paint’; instead they had to start again from scratch.

Ingelby worked on creating an intuitive environment for new members that encouraged visitors to search for and discover content that would to inspire them to join. Once registered, members were introduced to support content and, after making their first post, more advanced features such as a profile wizard were promoted. This has now been enhanced, enabling members to showcase who they are, the great content they produce and help them to find likeminded individuals. Members are encouraged to complete their profiles with a series of badges – an idea that has led to a 30% increase in profile updates.

TalkTalk also had been nurturing is super users’ scheme. Ingelby created the Stars Hub, which aimed to give these valued and proactive customers their own space. The Hub acts as a home page for super users giving them access to a ‘private lounge’ and information such as how many hours they have helped each month.

Results – outstanding upturn in all engagements

Not only was the new community completed within the tight timeframe, it has also brought a highly positive response from both customers and employees alike. There are also some impressive stats to support this: from a 20% increase in registration conversion and a 57% rise in returning member engagement, to a 464% growth in mobile content creation and a mighty 682% surge in mobile search.

These figures all point the ongoing success of the project. And since completion, TalkTalk has won a sought-after Lithy award – from the software vendor Lithium Technologies – for Digital Design Excellence. This prestigious award has given TalkTalk’s new community and Ingelby’s work the global recognition it deserves.