Aegis Global, a portfolio company of Capital Square Partners (CSP) and a global outsourcing and technology services company focused on customer experience management, and STARTEK, a provider of business process outsourcing services, has entered into a definitive agreement for a strategic transaction to create a combined company. 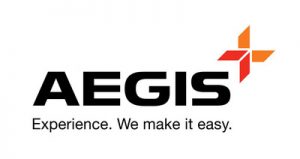 Aegis Global CEO Sandip Sen commented: “This marks the return of Aegis into the United States and Philippines, a capability that will allow us to deliver enhanced value to global customers. Combining with STARTEK’s expertise and valued long term client relationships, including the recent strategic opportunities in e-Commerce, allows us to accelerate our growth and value creation for customers, employees and shareholders as a public entity listed in the NYSE.”

STARTEK CEO Chad Carlson commented: “I am very excited for the STARTEK and Aegis employees, who will soon be a force in the global BPO industry in what I am certain will be a fun and rewarding family environment; for the clients of both STARTEK and Aegis, who will now have a global customer engagement partner to support their customer journey; and for the combined shareholders of Aegis and STARTEK. I’m especially happy for the STARTEK shareholders who have been patient throughout this journey as we have worked to differentiate, diversify and grow your company. It gives me great comfort that STARTEK’s shareholders will now have an opportunity for their patience to be rewarded with an investment in a global player with differentiation, scale and almost unparalleled diversification in the BPO industry.”

Sanjay Chakrabarty and Bharat Rao, Managing Partner’s of CSP, stated, “It is uniquely rewarding for both companies’ shareholders to realize the benefits of greater scale, diversity, access to new markets, and operating synergies that this combination provides. The combined company will also be able to significantly leverage automation, Artificial Intelligence and other technology-led innovations to deliver exponential value to customers globally.”

Aparup Sengupta, Chairman of Aegis, stated “The combination of Aegis and STARTEK will create a global enterprise with over 50,000 employees and operations in 12 countries across five continents. The biggest beneficiary in this combination will clearly be our clients, who will enjoy the advantages of our new global reach including some of the world’s most rapidly growing markets, multi-lingual offerings, and the institution of operational best practices across the globe.”

The companies’ integration plans and leadership structure are nearing completion and will be announced in connection with the preparation and filing of STARTEK’s proxy statement to solicit stockholder approval of the combination transaction.

This transaction has been unanimously approved by the Board of Directors of both companies, and is expected to close no later than the third quarter of 2018, subject to customary closing conditions, including regulatory approval and approval of the transaction by STARTEK shareholders. Key shareholders of STARTEK (reflecting ownership of approximately ~30% of its outstanding common stock) have agreed to support and vote in favor of the transaction.