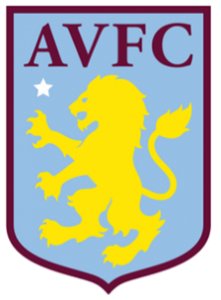 Aston Villa Football Club is proud to announce the launch of Billy Bot, an innovative new chatbot, which will be organically developed through user feedback. The face of football is changing. As the sport undergoes a digital revolution, fans expect constant interaction with their club. AVFC thrives on providing multiple touchpoints for its supporters, constantly innovating and creating inventive ways to open dialogue with them.

Leading the industry with forward thinking digital strategies, Villa has overhauled its social media channels to reflect the character of the club and its supporters, unified behind #PartOfThePride. Billy Bot consolidates that effort into one easy to access tool that allows fan’s instant, intelligent conversation with the club.

In 2016, when AVFC was relegated to the Championship, the club’s international social media following decreased significantly. Since then, the club has been working hard to engage with its fans and restore the following with its work in the digital realm. The #PartOfThePride campaign has created a strand of continuity and a culture around the club, which has inspired creativity. Through the overhaul of the team’s social media persona – becoming true to the sense of humour of the fans and the club – AVFC has reinvigorated it’s international social following. Billy Bot represents another step in the club’s ongoing push to lead the industry in digital communications strategy.

As a club that prides itself on being a leader and innovator, Villa has taken a unique approach to the creation of Billy Bot. The tool will stay in a continual beta development stage, allowing it to develop organically, shaped by the feedback and needs of the user. The tool provides a convenient and entertaining touch point for fans but, importantly, it also provides a service. AVFC is keen to keep the user at the heart of that development, ensuring that fan response shapes the chatbot service into something of genuine use and purpose.

Any time the bot is asked a question it cannot answer the incident will be logged and the developers will build in an appropriate response for the future. This will be a manual process, rather than machine led learning, ensuring the chatbot retains its carefully curated tone of voice. Furthermore, users will be able to directly speak to the chatbot about features that they would like to see incorporated into the tool. This will provide a creative platform that allows the club and fans to work collaboratively to develop new and exciting features, unique to Billy Bot.

Named after AVFC founder William McGregor, Billy Bot operates through Villa’s Facebook Messenger with a unique sense of humour that captures the personality of the club’s social media platforms. As expected, Billy Bot will be able to answer all enquiries about team news, match day news and Aston Villa. However, the chatbot will also engage and entertain the fans, provide genuine insight into the personality of the club and the values of Pride, Passion and Purpose that drive its successes on and off the field.

When fans open Billy Bot, they will be presented with a list of click through options, offering instant access to today’s news, the AVFC match centre and ticket news. This function means that Villans are never more than two clicks away from finding out the billy basics from Billy Bot. For those that want to delve further, they simply need to start up a conversation with the chatbot to learn more about top scorers, the club’s history or anything else that they want to chat about. Ingrained with the club’s inimitable sense of humour, the bot is quick witted – often at the expense of local rivals – and loaded with gifs, quips and content that Villa fans will love.

“Our understanding of the necessity to be led by the fan is what has inspired us to approach the development of our chatbot through a uniquely organic process. Everything we do at Villa keeps the fan at the heart of the experience and the development of Billy Bot is no different.”

“We believe that this approach will allow us to create a truly industry leading and unique chatbot, with the customer experience informing the features that need to be added or removed. It is vital that what we develop with Billy Bot is a useful tool but we also want to inspire creativity and be first movers, bringing unique feature sets to market as we receive the user feedback.”

To try out Aston Villa Football Club’s Billy Bot visit: https://www.messenger.com/t/avfcofficial or see it in action at: http://youtu.be/kur4qAPQEIM