Rankings are based on average percentage revenue growth over four years.

Speaking about the company’s growth, Kevin Buckley, Co-Founder and CEO at Spearline said: “It’s a credit to our products, people, customers, and innovation that we have maintained our position as one of Ireland’s fastest-growing tech firms for the ninth consecutive year.

At Spearline, our priority is ensuring excellent connectivity in the work environment. We continue to grow our team and expand our global networks as we listen to our customers. We adapt and introduce new products to suit their changing needs.

Remote working is here to stay – our WebRTC products give our customers a holistic view of their remote agents’ home network, improving the productivity of call agents – allowing them to focus on what matters – their customers!”

The Deloitte Technology Fast 50 Awards is one of Ireland’s foremost technology award programmes. It is a ranking of the country’s 50 fastest-growing technology companies based on revenue growth over a four-year period, and this year marks 23 years of the programme celebrating innovation and entrepreneurship in Ireland’s indigenous technology sector.

Cumulatively, the 2022 Fast 50 winners generated approximately €500m in total annual revenues and employed over 5,500 people in 2021. The average revenue of companies featured in the ranking was approximately €10 million, while the average growth rate of the companies over the last four years was 594%. The awards programme also saw 17 new entrants appearing on the ranking for the first time, seven of which were in the top 10. There was also an increase in the number of female CEOs in the ranking with seven organisations led by females making the list.

This year’s ranking features companies from all four provinces with eight counties represented in the rankings. 29 companies are Leinster-based, eight are from Munster, nine are from Ulster, and there are four representatives from Connacht.

Announcing the winners of the Deloitte Technology Fast 50 programme, David Shanahan, Partner, Deloitte said: “Congratulations to all of the companies that ranked this year. As the business environment becomes more complex, the Irish technology sector has shown great resilience and tenacity. This year’s ranking shows growth across a broad range of sectors with companies coming up with innovative solutions to address changing consumer and business demands while faced with adversity. It’s also encouraging to see so many new entrants, including seven in the top ten. Despite the challenges of late, the Irish indigenous tech sector continues to succeed.” 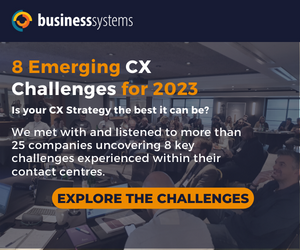